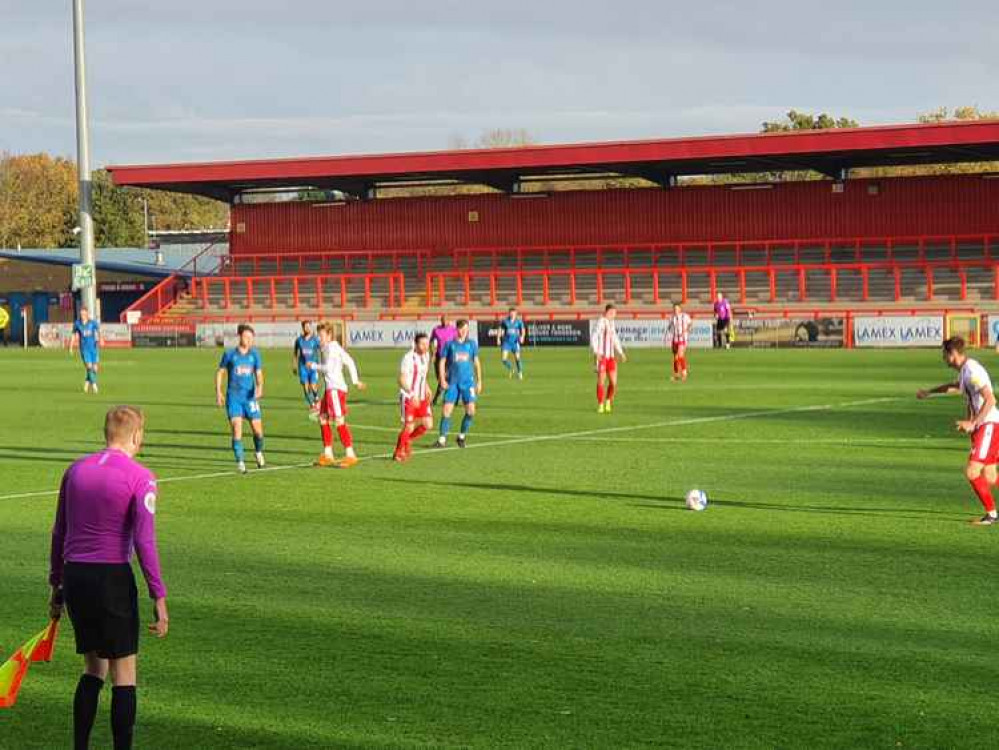 A lively Stevenage side created a raft of chances they could not finish, as they drew 0-0 with Grimsby in an open game at the Lamex.

While the point means they are now unbeaten in two matches following a goalless draw at Harrogate Town in midweek, the result against the Mariners means Boro have failed to score in seven outings, an unwanted club record.

However, Alex Revell's side carved out a number of openings which bodes well for Boro as they look to climb the table.

Read on to find out which players impressed at Broadhall Way on on Saturday afternoon.

Luther James-Wildin: 8 - A class act. A superb talent allied with an excellent technique and top notch temperament. His athletic performance against the Mariners showed just why he was linked with Premier League giants Arsenal a couple of seasons ago. Destined to play at a far higher level

Luke Prosser: 7.5 - A solid performance which helped contribute to the steadfast Stevenage defence keeping the Mariners out

Romain Vincent: 7.5 - The French-born journeyman has an excellent CV in the lower leagues and has proved a canny purchase by Boro boss Alec Revell. As an experienced presence, he helped to slow the game down during the rare spells when Grimsby put the home side under pressure

Elliot List: 7.5 - Will be frustrated at not scoring early on, but an excellent all round display from the 23-year-old former Crystal Palace academy star

Arthur Read: 7 - Industrious and never stopped working. Wasn't as influential as he would have liked to have been but wasn't for lack of effort

Charlie Carver: 7.5 - Great to have him back in the side following a spell on the sidelines. The creative talent was unlucky not to score with an early shot but will be pleased with his excellent performance

Femi Akinwande: 7.5 - A lively presence through the match and never let the Grimsby defend settle

Marcus Dinanga: 7.5 - A powerful attacker who will always trouble defenders.

Danny Newton: 7 - Always gives 100 per cent and is as lively as he is dangerous

Armide Otieh: 7 - If the 22-year-old QPR loanee does half as well as last year's temporary Loftus Road attacker Illias Chair, he will have done well. Interesting to watch former Rangers boss, now Grimsby manager, Ian Holloway, deep in conversation with him after the match. One to watch

Hitchin: Second lockdown announced - how it will affect you