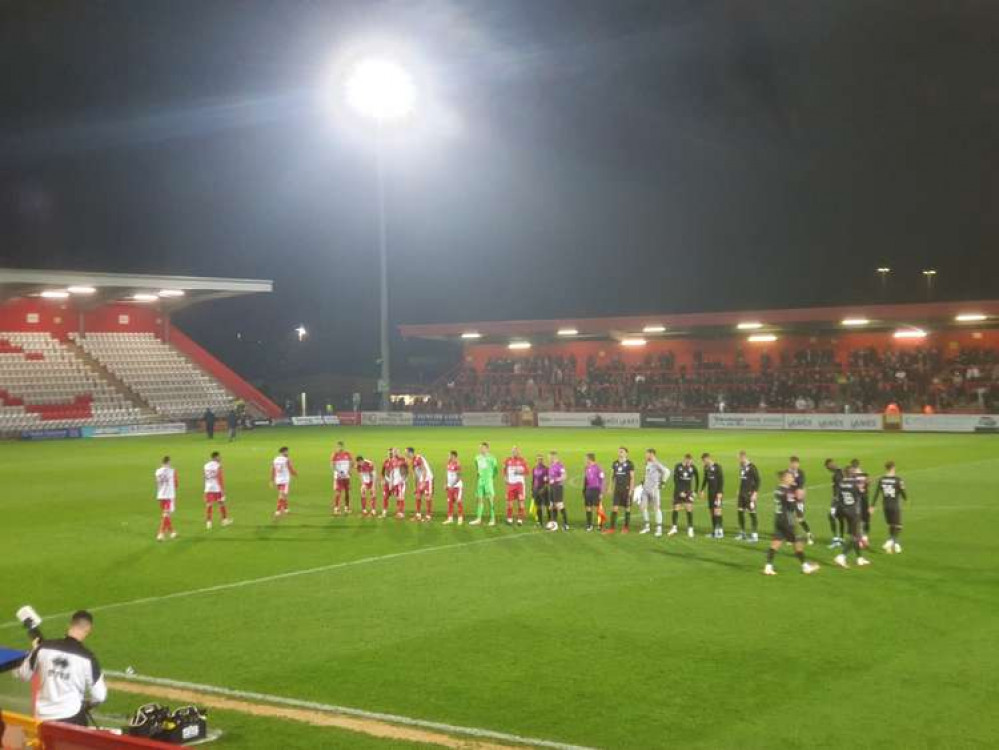 Amid great drama, Norris calmly stepped up to slot home the vital spot-kick after Harry Darling was sent off after fouling Elliot List in the box.

In a full-blooded FA Cup first round replay, which saw seven yellow cards, and two reds for the visitors, MK went 1-0 ahead in the 36th minute through Darling's close range effort, following Josh McEachran's corner.

Managerless Boro, led by Robbie O'Keefe after chairman Phil Wallace sacked Alex Revell following the 2-1 defeat at the hands of Manfield Town on Saturday, thought they should have had a penalty in the fifth minute when Elliot List was felled in the box.

However, referee Alex Young waved away legitimate clams for a spot-kick after MK keeper Andrew Fisher brought him down.

With Liam Manning's side heading into the break with a comfortable 1-0 lead, the official opted to send-off Josh Martin for a clash on the halfway line between the MK No14 and Boro's Bruno Andrade.

Buoyed by the prospect of facing opponents down to ten men, Boro had the better of the second half before levelling through Jamie Reid.

The deserved equaliser came after the lively List skipped past two players to feed Ben Coker, whose cross was finished by Reid, to make the score 1-1 on the hour mark.

With neither side able to grab a winner in the regulation 90 minutes, the match went into extra time.

That was prior to Norris' late penalty to earn a second round date with former Boro boss Darren Sarll in a televised tie at Yeovil in round two.